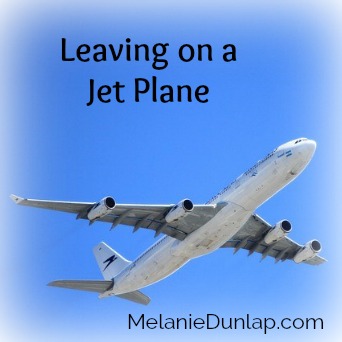 I had planned this trip months before we received Tom’s diagnosis. It was the annual gathering of an international organization called Gather the Women.

Because of my work with women’s empowerment and the monthly circles held at the Peaceful Spirit Enrichment Center, Gather the Women had invited me to join and serve as a regional coordinator back in the spring.

Each month since joining I have participated in the virtual circle of regional coordinators and was excited to meet those women in person.

When Tom’s treatment plan was outlined I considered cancelling the trip, there were just too many unknowns. Of all the voices that encouraged me to go on the trip anyway, Tom’s was the most convincing.

I wasn’t sure myself until a week before my departure. I had tried to keep my excitement limited and my expectations low, a coping mechanism I developed during my battles with low self-esteem.

Tom was doing good and a plan was in place to support him. I truly believed he would be okay while I was gone.

Suddenly I let myself get excited.

The gathering was in Colorado, about 60 miles north of Denver, at a place called Peaceful Valley. A shuttle would take me from the airport to the gathering and I would be staying there for 3 ½ days.

In the woods! In nature! And the leaves would be changing for fall!

I was long overdue for a tree hug and could already feel my soul dancing around in the forest.

About the time I started to allow myself to get excited one of my very dear friends had a life shattering event happen to her. Our circle of friends rallied around her for support and the depth of her pain reminded me to put aside my own stuff and help her get through this terrible time.

Supporting my friend required me to be up very late the night before my flight to Denver. I had to be at the airport the next morning at 6:30am but I didn’t finish packing until after midnight. My mind was racing so much I didn’t sleep well and still felt exhausted when the alarm went off that morning.

But the thought of being in trees by the afternoon had me out of bed in a flash and ready to go without a hitch. If I had forgotten to pack anything I didn’t care.

We arrived at the airport right on time. I took several deep breaths to keep my composure as we said our goodbyes on the curb.

There was no line at security and my gate was easy to find. I found an open chair and sat down with an audible sigh. I was exhausted but on my way.

We boarded the plane on time, heard the proper announcements and felt ourselves being pushed away from the gate. The plane stopped moving and we sat there for a few minutes before the captain came on the speaker and told us that there was a fuel leak on one of the engines.

After an hour and 45 minutes they decided it couldn’t be fixed while we were all still on the plane so we rolled back to the gate, gathered up all our carryon bags and exited the plane. They told us it was going to be a while, brought us food (sandwiches, chips, soda & water) and asked for our patience.

Four hours after our original departure time they loaded us back on the same plane. It was very hot onboard and the flight attendant told us that the crew was coming over from another flight and as soon as the captain got here he would turn on the a/c.

Finally, the pilots arrived, the airplane started to cool down and the flight attendants were told to prepare. I took a deep breath and hoped I could get a little sleep despite the child behind me kicking my seat. I was too exhausted to complain.

Again, we were pushed back from the gate….and again we stopped.

It didn’t take long for the pilot to come on the speaker and tell us that there was still a fuel leak on the engine and the plane would have to be taken out of service. There was a collective groan from the passengers.

By the time we all got off the plane they were back with the sandwiches but they still couldn’t tell us when we would be able to get a flight to Denver. I was starting to panic a little. I called the shuttle company and changed my reservation for the 3rd time. The lady was very nice but the shuttles were mostly sold out so it was hard to move me around.

And still we waited.

Finally, they announced that another plane would be coming in and we could use it to get to Denver. There was just one problem for me….it was too late.

I couldn’t make the shuttle in Denver. I kept frantically doing the math in my head but it still wouldn’t work out. I was exhausted, overwhelmed, disappointed and sad. I began to cry.

It was so hard to call Tom and say the words, come and get me.

By the time he met me at the curb I was having a meltdown. His energy was so loving and it was obvious how bad he felt for me. But I was so disengaged that all I could do was get in the truck and cry.

I cried off and on all the way home. Every time I looked out the window and saw desert mountains my eyes welled up because I was supposed to be looking at trees. I was crying over more than just the trip, there have been so many sad things lately and they all caught up with me that day.

When I got home I went straight to bed. It has been a long time since I have felt so exhausted emotionally, physically and mentally all at the same time.

I cried myself to sleep.

It was 10:30 when I stirred out of bed. The house was dark and quiet, everyone else was sleeping. I had a pounding headache from crying so much and was feeling extremely sorry for myself.

Without thinking I found myself on the Labyrinth. As I walked to the center I acknowledged the anger, pain and frustration I was feeling.

By acknowledge I mean I was pissed off and looking for somewhere to place blame. A part of me still felt like the Universe had let me down on this one. I deserved to go….I needed to go!

At the center of the Labyrinth I found some peace. I felt the energy shift when I took responsibility for my actions. It had been up to me and I didn’t go.

When I got back to the bedroom I found Tom restless and unsettled. It was obvious he was worried about me but there seemed to be more to it. Things got progressively worse.

It was the scariest night we’ve had since he started treatment.

His pain was intense, he had a nose bleed, sweats, chills, nausea, trouble swallowing and the shakes. He threw the covers on and off with lightning speed as his temperature jumped around. At one point he was struggling to make sense with his words. I considered taking him to the hospital.

I put a new pain patch on his back, gave him nausea pills, herbal tea and breakthrough pain medicine. My heart was aching as I worked to rub a sudden muscle spasm out of his neck.

All night he floated in and out.

Just before dawn the crisis broke. His pain was under control, his temperature stabilized and he could think again. He looked at me with love in his eyes and said, “I couldn’t have gotten through this night without you.”

I think he was right.

He fell into a restful sleep and I pulled the covers up around him. I closed the blinds to keep the room dark and help him stay asleep. I went around the house turning off lights and picking up after the long night.

The sun was just peaking over the top of the mountains when I stopped at the window to watch it rise. I was still exhausted.

I stood there thinking about what Tom had said to me. I knew in my heart that I was supposed to be there to get him through that night. I had seen a moment when his only way through the pain was the sound of my voice.

Was that why I missed my trip?

I would love to tell you that I had some great insight and saw the Universe’s plan for me in crystal clarity out the window that morning.

I went back to bed and slept lightly until he got up feeling better and grew stronger throughout the day.

I was disappointed I didn’t get to leave on the jet plane, but I was more grateful I had gotten to stay.