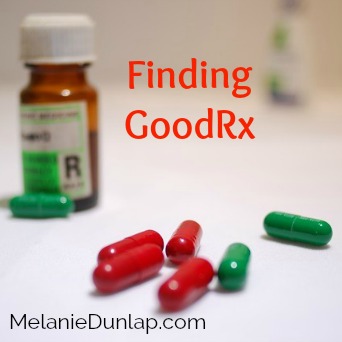 I’m not a techie. I can get my email, dabble in social media and post a blog on my website every week because someone taught me how. My phone is smarter than me and I just figured out how to use a hotspot with my laptop.

But I am a health nerd.

I love learning about the human body and how it works. The interaction between our energy and our physical health fascinates me. That’s how I ended up with a naturopathic doctor degree.

Nowadays technology and healthcare are intertwined.

I’ve had to learn how to use an online healthcare portal. Not just one but several. Each doctor has their own portal and I’m responsible for the usernames and passwords of each one….and to remember which doctor uses which portal.

Tom’s radiation oncology office has 2 different portals. He received separate invitations and credentials for both. During his next appointment, I asked the doctor’s assistant which portal I was to use. She felt bad having to tell me she had no idea.

But recently I had a positive experience with healthcare technology.

It is scary to admit, but we don’t have any prescription drug coverage for Tom. When we purchased his healthcare plan he only took 1 prescription and it was inexpensive so we opted for a lesser priced plan without prescription coverage.

We weren’t far into Tom’s journey when the oncologist wrote him the first prescription. A much needed 24 hour pain patch.

I wanted more than anything for him to be out of pain.

Because it is a narcotic drug we had to physically take the prescription to the pharmacy. There were butterflies in my stomach as I handed the pharmacist the paper and asked if he could tell me the cost before he filled it.

With all the doctor visits and tests, I hadn’t been able to work much recently and wasn’t sure how I was going to pay for an expensive prescription.

We have used this Walmart pharmacy for years. The pharmacist told me a price but said he didn’t have any in stock and it would take 3 days to get it in. Tom was in too much pain to wait that long.

Now we had to figure out how to pay for it and where to get it.

He was due in Glendale for another test so we headed that way. As we came out of the doctor’s office Tom suggested that we check a pharmacy in the area to see if they have the pain patch since we were close to a hospital.

We found a Walgreens that had it just 4 miles away. By then I didn’t care what it cost I just wanted to get him some relief.

I was shocked when the clerk told me it would be half the cost of what Walmart pharmacy had quoted me. For years I have used Walmart because I thought it was the least expensive place to get  prescriptions filled. It still took a chunk out of the budget but I had saved considerably. As we left I vowed to move all my prescriptions to Walgreens.

A few days later I was sharing my prescription story with a nurse friend and she asked me if I had ever tried GoodRx. I had heard of it but never used it.

GoodRx is available as an app on your smartphone or online.

I’m still a technophobe that is scared I will blow up my phone by putting the wrong thing on it so I checked out the online version first. It is so simple, just type in the name of the medication and GoodRx will tell you the price of the prescription at pharmacies near you.

I loaded the app on my phone just in time because the next visit to the doctor yielded 3 more prescriptions.

Each time I entered a medication I was shocked at the price differences between pharmacies that are right around the corner from one another.

Turns out the least expensive pharmacy in Anthem for all Tom’s prescriptions so far has been…..Safeway! And not just a little savings either, anywhere from 50-75% on all of them.

I don’t even shop for groceries at Safeway and I never would have considered using their pharmacy. Not only did I save on the prescription price but they were running a special promotion that gave me $75 in Safeway gift cards. Score!

Just for fun I have looked up other prescriptions and Safeway is not always the least expensive but with GoodRx I can easily find out who does have the lowest prices and make my purchases accordingly.

I am NOT an affiliate for GoodRx or any other company I have mentioned here and I DO NOT receive compensation from any of these companies.

I am however a health nerd that just had a positive tech experience!