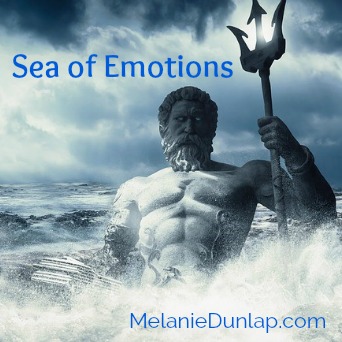 Hearing Tom be diagnosed with lung cancer was more devastating to me than my own breast cancer diagnosis last year. I can see myself as broken, but not him, he’s invincible. He’s strong, smart, kind, funny and caring. He’s my hero.

It felt like I had been punched in the stomach.

He handled it with his usual charm, even consoling the doctor when she said she felt bad delivering this kind of news.

The week went by like a blur. There were 8 medical visits in 5 days. His veins were poked 6 times, he was sedated, magnetized, x-rayed and got targets put on his torso. He was injected with contrast and radioactive twice. We laughed about him glowing in the dark.

There was a moment of déjà vu when Tom was referred to the same oncologist that had seen me for breast cancer. He never lets on if he remembers me or not, but as Tom’s doctor he has been great.

We like his radiologist, she takes the time to explain all the images and what her plan is to treat him. She tells us that he needs to see a surgeon very soon to see if the tumor is operable. The surgeon’s assessment would determine the dose of radiation.

The energy and urgency of the whole thing was overwhelming. Emotions ran from hopeful to mournful and back again like waves on a beach.

It was Friday morning and our second visit to the oncologist that week. I was exhausted from worrying too much and sleeping too little. Tom looked tired but he still had a smile for the nurse as she raised an eyebrow over his elevated blood pressure.

The doctor arrived with test results in hand. He was straight to the point. Stage 3 non small cell carcinoma.

We talked about a treatment plan. He explained everything thoroughly and we were given handouts to digest at home. His smile seemed genuine when he said that it was treatable.

He made sure we didn’t have any more questions before shaking our hands goodbye and leaving us with his assistant. She gave us the prescriptions and led us out into the hall to show us around.

I wasn’t thinking ahead and hadn’t prepared myself to see the chemotherapy room. I knew what one looked like, I had supported others through this part of their journey. But this time it was Tom.

We rounded the corner and there was a room full of recliners with IV poles standing neatly next to them. Fortunately, the room was empty because I stopped suddenly in my tracks and drew an audible breath.

Tom was immediately there to steady me. Did I mention he was superman?

I backed quickly out of the room and started to cry. Our guide located some tissues for me and then was briefly called away. I was grateful for the moment to compose myself.

We left the office with a sigh of relief that it was the last visit at the end of a very long week. We would have a couple days off before the next round.

With any major health issue, there is the process of telling your tribe. Tom knew right away that he wanted to keep his kids up to date with what was going on. He asked me to make the first calls. I called each one individually and put them on speakerphone with him sitting beside me. His eyes welled up with tears when he heard the emotion in each of their voices.

He couldn’t talk at the beginning of the call but eventually he would get control of his tears and let them know he was on the line. He talked with each of them for a long while and they all shared how much they loved each other. You could tell his heart was full when they were done.

Those two days went by fast and Monday we were back at the doctor’s office. Referrals were made, schedules were rearranged and last-minute plans changed to get Tom an appointment with a surgeon. Knowing we had been squeezed in gave us a little more patience for the 75 minute wait.

We immediately liked the surgeon. We also like the fact that they used a program called Medical Memory to record his visit and make it available to us online. There is so much information in an appointment like that and it is helpful to be able to go back and listen to it again.

The surgeon explained that he would biopsy the lymph nodes near the tumor to see if they have cancer in them. If they are infected then there is no chance of surgery. Being able to surgically remove the tumor would give a better chance of survival.

The biopsy would be outpatient surgery under general anesthesia. The surgeon explained that he would first go down the throat with a flexible scope to do a needle biopsy. If he found cancer he would stop. If he didn’t find cancer but was still suspicious he would cut a hole at the base of Tom’s throat and use a metal tube to get bigger samples of the lymph nodes.

I hugged him tightly before they wheeled him away for surgery. I could feel him shaking slightly but I didn’t want to ask whether he was just cold or scared.

The waiting room at the hospital sucked. There was only coffee, no water and not a box of tissues to be seen. Fortunately, I had come prepared with water, snacks, reserve tissues and moral support.

Being the stubborn person that I am, I initially resisted my girlfriend’s request to come to the hospital with us. Looking back now I am so grateful that she didn’t listen to me.

The surgeon came out after the flexible scope and told us that the lymph nodes he got were clean but he had seen something that made him suspicious so he was going ahead with the incision and bigger samples. He would come back and let us know when he was done.

It was an even longer wait for the surgeon to come out again. He called us out into the hall and gave us the news. There is cancer in the lymph nodes. It has mestastisized.

I stood there and just looked at him in disbelief. I wanted to make him take back his words. I wanted to get Tom, go home and pretend this never happened.

I wanted the hole in my chest to stop hurting.

But he kept talking and I made myself pay attention. Surgery was no longer an option because it wouldn’t increase Tom’s chances of survival. He didn’t sugar coat the outcomes for a stage 3 pancoast tumor.

My girlfriend and I both kept asking questions hoping to get different answers. He was patient with us as we wiped away tears and tried to make sense of it all. He told us that a nurse would come get us and take us to see him in recovery.

It was almost two hours before they called us back to see him. We went through boxes of tissues and countless emotions. I kept telling myself to get it together but every time I thought about telling him what the doctor said I started to cry harder.

I didn’t expect him to be fully awake and dressed when we were called back to recovery. He had a 2”x3” white bandage at the base of his throat and he was visibly in pain. I kissed him and tried to keep my emotions in check.

There was a flurry of activity going on around him, one nurse was trying to do his discharge papers and another one was taking out his iv and disconnecting him from the monitors. The nurse told my girlfriend where to park the car and wait for them to bring him down in a wheelchair.

The busyness around him had kept me from telling him what the doctor said. The nurse told me she had just given him something for pain and then she was gone.

Suddenly we were alone and it was quiet. He had his head down and was holding his throat from the pain. When he realized it had quieted down he looked up and saw me standing there.

His eyes filled with tears and his voice was unsure when he said to me that the doctor had come by and told him that the cancer was in his lymph nodes. I couldn’t hold it together anymore and started to cry as I went to his side and gingerly hugged him. He whispered quietly in my ear, “don’t worry I’ll still take care of you.”

I didn’t know my heart could hurt that much.