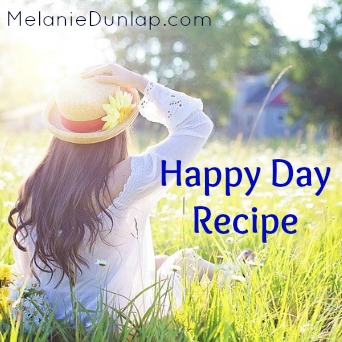 Did you know there is a recipe for a happy day? I found it the other day in the most unusual place….

Growing up in the Bible belt of the deep south I spent many Sundays in the little Shiloh Baptist Church that my paternal grandmother and grandfather helped to build. They donated the land, lumber and sweat equity that built the original structure and both of them are now buried in the cemetery beside it.

My parents divorced when I was 6 and both families moved a lot but I spent most of my summers in Florida with my grandmother, where we attended that little church every Wednesday and twice on Sunday.

She lived way out in the country and I was the only kid around for miles so I spent most of my time helping my grandmother on the farm. She raised cows for beef and grew her own food.

And she loved me unconditionally.

That little church caused many an argument between my Catholic mother and Baptist grandmother. My mother had followed the Catholic tradition of having me baptized as an infant. My grandmother wanted me to come to Jesus and be baptized in the oversized bathtub that the church had installed for just that purpose.

Even though I got caught up in every tent revival and wanted desperately to get a turn in that bathtub because it looked like fun, my grandmother never went against my mother’s wishes.

My favorite memories of that little church were the Sunday socials. After preaching, the whole congregation would get together for food and fun.

Wooden tables were laid end to end to create one big buffet, sometimes it was so long you couldn’t see all the way to the other end.

Looking at all the different dishes and smelling the wonderful aromas was intoxicating. The tables would be covered in everything from fried chicken to fresh vegetables and usually an entire table full of deserts. All the women brought their finest creations and it was a feast.

Most of the members of those little churches were poor working families that did what they could to make a living. Each week the plate got passed around during service while the preacher made a compelling call to give; and everyone gave what they could, but it usually wasn’t enough to support all the church’s needs.

That’s what caused me to find the recipe.

A common fundraiser for churches back then was to create a cookbook with recipes from all those wonderful dishes that we enjoyed at Sunday socials. Well not all the recipes…some were family secrets.

Recently I was cleaning the house and a book literally jumped out of the shelf and landed on the floor. Of course, I had to pick it up and look at it. The cover read “Feeding the Flock, Mt Horeb Missionary Baptist Church”.

It was one of those old fundraising cookbooks. It had a bookmark stuck in it so I flipped it open. Instead of opening to the bookmark it opened to a random page.

That’s where I found the recipe. 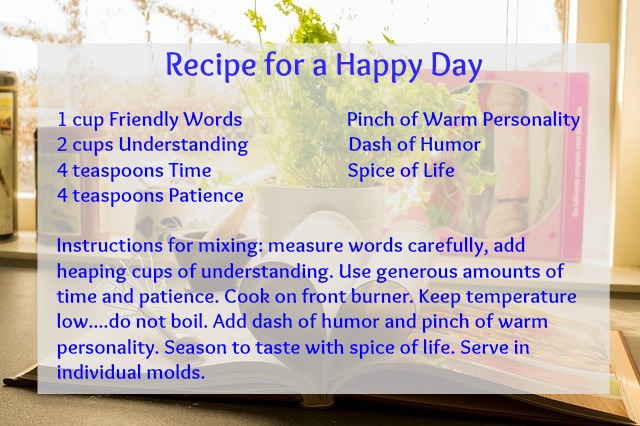 Keep this recipe handy and make a batch every day!