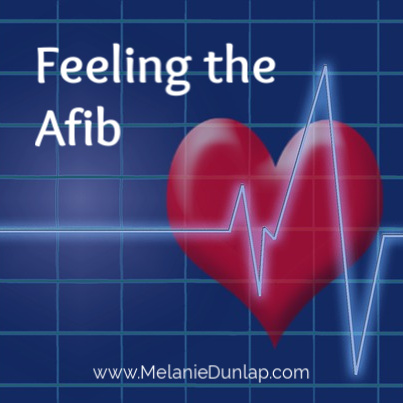 Not the emotional, crying your eyes out, country song way. More of a wow, I can feel my heart beat way.

She hadn’t slept well the night before, but she rationalized all kinds of reasons why. It seemed difficult to breathe. She kept trying to check in with her body, but the signal seemed somehow jammed. All she could think about was the strange feeling in the middle of her chest. Was it really there? Was she imagining it?

She closed her eyes to try and “see” the feeling in her chest. The visual that came was of a bird inside of her beating its wings in flight. She could feel the individual feathers as the wings flapped against her ribs from the inside.

The more she tuned in the more she knew something wasn’t right. This wasn’t her imagination. While she was grateful to her higher self for such a powerful vision, her analytical side wondered if she was having a heart attack.

Women can have different heart attack symptoms than men. Was a bird in the chest a woman’s symptom? She was getting a little nervous and not thinking as clearly as she liked. So, she did what any spiritually analytical person would do, she Googled it.

There was no specific information about her bird, but there were enough warning signs to make her uneasy. That uneasiness, plus the feedback she was getting from her significant other about how crappy she looked and sounded made her agree to seek medical attention.

At the emergency room they hurried around her putting in the iv, hooking her up to a heart monitor and taking her blood pressure. The alarm on the heart monitor went off immediately. A resting heart rate should be steady at between 60-100 beats per minute. Her numbers would bounce around so much you could hardly keep up. It seemed every other reading was above 110 beats per minute. At one point she hit a personal best of 162!

The erratic heartbeat made her lightheaded and she could feel each spike in her heart. She started telling the medical staff whenever it was going to be a high number. She was almost always accurate, and the nurse was impressed with how in tune she was with her body.

She desperately wanted to be able to regulate her heartbeat by doing some breathwork, practicing mindfulness, relaxing her body or doing anything she could think of to calm her heart. But no matter how hard she tried nothing was working, the monitor alarm kept sounding.

The bird was still flapping its wings against her chest.

A nice young doctor came in to tell her that what she was experiencing was atrial fibrillation. Often referred to as afib, it is an irregular and rapid heart rate that occurs when the upper chambers of the heart experience chaotic electrical signals. 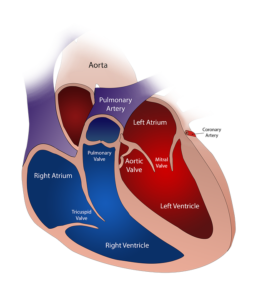 The human heart beats over 100,000 times a day, all of them started by an electrical impulse. The electrical function of the heart is so important that every cell of the heart has the potential to generate electricity and trigger the heart muscle to squeeze and pump blood.

Well that explained the flapping bird feeling in her chest. Maybe if she wasn’t so in tune with her body she might not have even noticed. Although 162 beats per minute might be enough to get anyone’s attention.

How does it happen?

High blood pressure can be a factor but structural damage to the heart is the most common cause. A heart attack can cause a weakening of the heart muscle and lead to afib. But her blood work had already ruled out a heart attack. An ultrasound also confirmed there were no defects to her heart.

One of the first things they asked was if she had been drinking. Alcohol can be a stimulant that causes afib, but she doesn’t drink. Certain medications, surgeries, lung disease and age are all risk factors. A malfunctioning thyroid can cause the heart to beat erratically. Sleep apnea or disordered breathing during sleep can also cause the heart to go out of rhythm.

Although atrial fibrillation itself usually isn’t life-threatening, it is a serious medical condition that sometimes requires intervention. Afib can lead to blood clots forming in the heart that may circulate to any part of the body through the blood vessels. If a blood clot goes to the brain, it can cause a stroke.

When the heart goes out of rhythm there is incomplete filing and emptying of the heart chambers.  If the blood is not efficiently pumped forward it can back up in the lungs causing a fluid build up called congestive heart failure.

How to treat it?

All the test results agreed that her heart was in afib, but no one was certain what had caused it. By now the cardiologist was in charge and he explained that they were going to give her a larger than normal dosage of a beta-blocker medication to try and control her heart rhythm. If that didn’t work, they would do a procedure in the morning to shock her heart back to normal rhythm.

She wanted to avoid that at all costs, so she took the pills and waited for things to calm down. Finally, after 9 hours in the hospital she got her rhythm back. Her heart went back to normal and the bird flew away. She still had to stay overnight for observation and the next day they sent her home with 3 prescriptions and a bunch of doctor visits scheduled but the crisis was over.