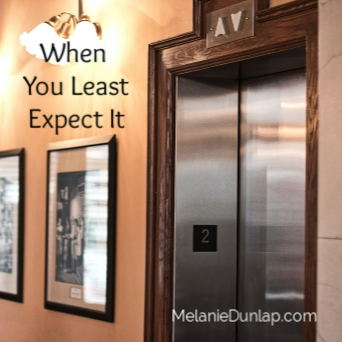 Going alone was an attempt to take back my power. To prove to myself there was no reason to be afraid.

It was a late afternoon appointment, so I planned to stop at the grocery store afterwards. I was running early so I swung by the gas station to fill up my car. I would be glad I did.

As I turned into the driveway, I took a deep breath to steady the nervousness I still get coming here.

The parking garage was nearly empty, and the up-close parking spot was a bonus. After turning off the car I sat for a moment trying to calm my thoughts. Four years ago this place changed my life forever.

I shook my head as if to shake the thoughts out. That was then.

Walking across the parking lot things looked the same and yet different. People wearing masks was new, but I enjoyed seeing the variety of colors and fabrics. Some wore them as high fashion and others wore them begrudgingly.

I smiled at people hoping they could see it in my eyes since my own mask kept them from seeing my mouth. Smiling at people also helped me calm my own energy.

The elevator chimed its arrival as soon as I entered the building and I sped up a little to catch it. The one woman already in the elevator asked me what floor, “two” I replied as she pushed two and four. As the elevator started to ascend, she got a worried look on her face and said she didn’t know if four was the right floor for her.

We laughed together about how often that happened now that we had reached midlife. After checking the list on the elevator she realized she needed the second floor also. Turns out she was going the same place I was.

To get a mammogram.

The elevator doors opened on the second floor. As we stepped out there were two older gentlemen sitting in chairs in the hallway. They were talking quietly and appeared to be waiting for their women to come out of the breast center. Only patients are allowed in the office now.

I had counted on having a moment to gather myself in the hall before entering the breast center but the nice woman from the elevator had gone in and was holding the door for me. I tried to smile behind my mask and told her thank you, but I don’t think that smile made it to my eyes.

The same overwhelmingly pink room greeted me, and I felt my steps falter for just a moment. It was the same room, but things were quite different. There were only four chairs in the waiting room and no sign in sheet.

Before I was emotionally ready, my name was called, and I was ushered into the procedure waiting area. It was obvious that every attempt was being made to keep the area clean and people safe. The robes were no longer hanging but were instead handed out individually. The magazines were gone and thankfully so were the plate of cookies that had always bothered me.

I was alone in the room and couldn’t help but relive some of the memories of past visits. Looking out the window I could see that the trees had grown and now blocked some of the view. It had been four years since the first time I looked out that window worrying.

Just breathe. In and out. This is now. That is the past. Breathe.

The nurse came and I followed her to the mammogram room. Even though I know in my mind what is going on and why I am here, the sight of the machine causes my energy to be off balance. I fumble my answers to the nurse’s questions and take deep breaths to keep calm.

She squishes each breast twice and tells me I can go back to the waiting area and get dressed. She will show the images to the radiologist and come give me the all clear.

All I can do is nod because my left breast is screaming in pain. Ever since my surgeries mammograms on that breast hurt so bad, I want to cry.

I get dressed and sit back down in the waiting area. Another woman sits across from me, so I resist the urge to hold my breast while it silently throbs.

When the nurse returned I was ready to go and thinking about what I needed to pick up at the store. I reached for my purse as she started talking but I realized she was standing close and her words were different than what I expected to hear.

“We’ve found something in your left breast that needs further study. The radiologist has identified a nodule and new calcifications. We’ll have to contact your doctor to get orders for further images and an ultrasound. Someone will contact you to make a new appointment.”, she said.

I just stared at her. Why was she saying that? That couldn’t be right.

Everything had been fine for so long I had let my guard down. She told me it wasn’t anything to worry about and that I should hear from someone in a few days.

Nothing to worry about? You obviously don’t know me.

I thanked her, grabbed my purse and headed for the exit. My hand was shaking as I reached for the elevator button. I just needed to get out of this building.

Breathe. That was my mantra in the elevator. It was only two floors, but it felt like forever before the doors opened.

Trying not to run I held myself together until I got out the front door and turned right onto the sidewalk. A silent tear fell down my cheek and I swore I wouldn’t cry. Thankfully, it was almost five o’clock and I was alone as I walked.

I got in the car and closed the door. Suddenly the tears were streaming down my face. The news wasn’t bad, but the memories were. 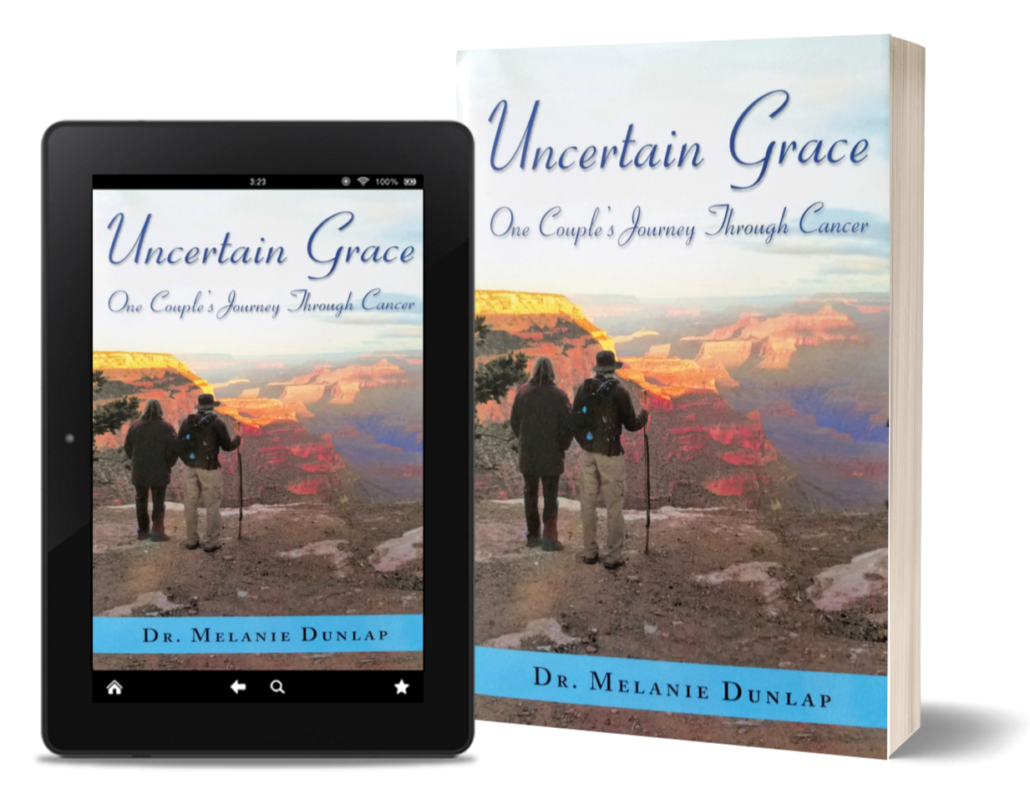 Wondering why I’m so nervous? You can read the whole story in my book “Uncertain Grace, One Couple’s Journey Through Cancer”