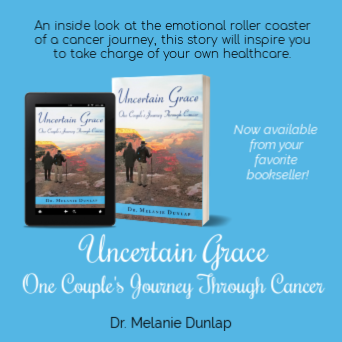 It finally happened! After many stops and starts, a little fear and a whole lot of encouragement I am proud to announce that I am now a published author! My book, Uncertain Grace, One Couple’s Journey Through Cancer, is now available in print or eBook.  See below to order your copy today! 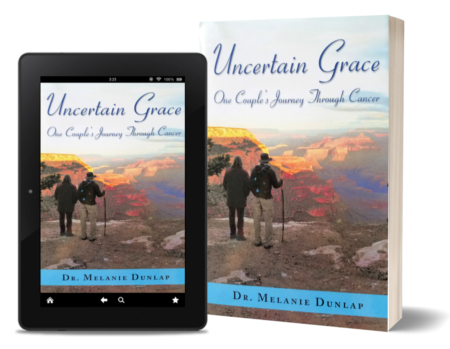 Everyone knows someone with cancer. It may be a family member, coworker, friend or even you. In this case it was a husband and wife diagnosed with breast and lung cancer just 14 months apart. Uncertain Grace is the true story of how one couple found themselves faced with this disease and the journey they went through to gain back their health. An inside look at the emotional roller coaster of a cancer diagnosis, this book captures the fear and hope of today’s cancer treatment. Originally a series of blogs written in real time as their journey unfolded, this story will inspire you to take charge of your own healthcare.

“Uncertain Grace is so inspiring, the WAY the story is told is with such heartfelt emotion that anyone going through cancer would relate to it, or anyone not going through it, but knows someone (which is WAY too many people!) would also FEEL what you are conveying.  And that is, honesty, raw truth, fear, love and healing, all of that rolled into one book.”              ~Madonna M.

I fidgeted with the slip of paper in my hand, stared at the two names written there, the names of the oncologist and radiation oncologist. It was hard to believe that little black lines on white paper could create such a physical sensation in my body.

I’ve been doing energy work for over 15 years. I recognize the power of energy and the interaction with our physical body and have experienced firsthand how emotions can affect health and well-being.

Even so, I was surprised by the energy of cancer. Yes, cancer has its own energy, which I felt very strongly. And it wasn’t only the energy of my own cancer. I felt the collective energy of everyone touched by the disease. It was thick and heavy, a strong current with a mixture of fear and urgency that threatened to sweep me away like a flooding river.

Once I told the surgeon I would schedule the surgery after I had seen the oncologist and radiation oncologist, I was committed. I had to follow through. I had to schedule those appointments, and that wasn’t easy. I laid out the plan in my head. I would see the oncologist in a week and the radiation oncologist the week after. My handwriting was shaky as I wrote the dates and times on the same piece of paper. I was happy with that plan. But I still had to gather up the courage to make the calls. The cancer energy was gaining strength as it swelled toward me, and I was tempted to let it take me away. I didn’t have to make those calls today, I thought. I could put them off a week or two, maybe longer. Spontaneous remission was a thing, right? Maybe I’d just wait for that to happen. I felt fine.

Deep down, I knew I couldn’t do that. I refused to let the energy sweep me away. I made the calls and set up the appointments as I had planned.

Click below to order your copy today from one of these fine retailers! 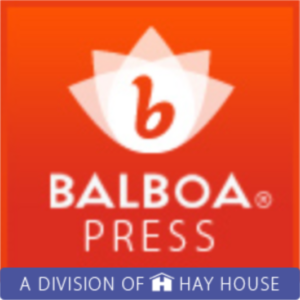 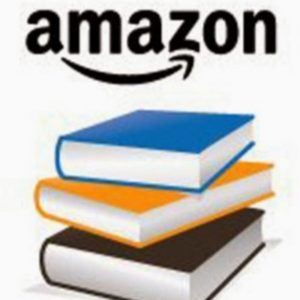