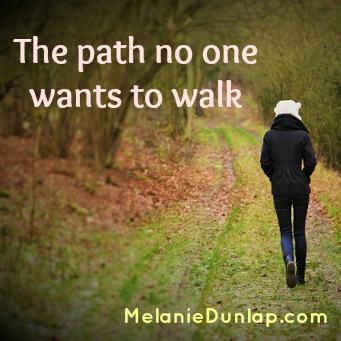 The saying goes that when life hands you lemons make lemonade.

When life handed me lemons I made a liver flush.

The news that I needed to have a biopsies for suspicious stuff in both my breasts brought me very present to the current state of my own self care. It sucked.

I tried not to be worried about the biopsies but it was definitely on my mind. By doing a liver flush I could at least be doing something proactive for my own self care. No matter what the tests showed, giving my liver some TLC was definitely in order.

The liver flush that I do and recommend to my clients was taught to me over 20 years ago as a budding herbalist it is still my tried and true protocol today. And you probably guessed by now that it is heavy on the lemons.

By the time I had gathered all the ingredients I needed it was only 5 days before the biopsies and the liver flush goes for 7 days, but that wouldn’t be a problem. They had told me to make sure and eat before the biopsies. I would just do the flush early enough that morning to be able to eat before I left home.

The liver flush consists of lemon juice, orange juice, garlic, gingerroot and olive oil. Mix them all together, drink it first thing in the morning and don’t eat or drink anything else for an hour.

The original recipe called for all lemon juice but I can’t stomach that so I add the orange juice to make the taste a little better for me. I’ve had clients that do straight lemon juice…..but I know my limits.

It is actually easier to get down than you might think but the burp afterwards will take your breath away!

Biopsy day came and I found myself back in the room wearing the stylish, yet unsettling robe once again.

But this time I wasn’t alone. My girlfriend had come with me.

I was still nervous.

The first biopsy was of the lump and was guided by ultrasound. What that means is they find the lump with the ultrasound and the doctor can watch on the screen as she puts the needle into the lump and takes a sample.

I was very excited that they had turned me around in the room so that I could watch the screen too. I watched in fascination as the numbing fluid spread throughout the tissue and then the needle came onto the screen, pierced the black blob, opened a lever and grabbed a piece. I couldn’t feel anything but it was cool to watch.

Yes I know I am weird.

There had been a little discomfort but it was over pretty quick. The nurse told me to have a seat in the waiting room and they would come get me for the other biopsy, it would be in the room across the hall.

I had been so fascinated in watching the procedure that I didn’t realize that I had begun to shake a little. My girlfriend hadn’t missed it. She offered me some lavender essential oil that I gratefully put on my wrists.

I really needed the lavender to get through the next biopsy. My breast was put into the mammogram machine while the doctor sends the needle in for a sample. They x-rayed that sample to see if they got what they wanted.

They didn’t get it on the first sample so they had to take another one. After 20 minutes in the mammo machine and drilling twice I was in a fair amount of pain and visibly shaking. The poor nurse kept rubbing my hand and asking if I was alright. I assured her I wasn’t going to pass out.

When it was all over they handed me 2 daisy looking little ice packs, told me to take Tylenol and said I would have results in 24 hours.

The little daisy ice packs lulled me into believing their story about it not hurting much.

After I got home I took a nap, watched a marathon of Diners, Drive-ins and Dives and tried not to think.

The next day I was still very sore but I purposely kept myself busy.

My cellphone was glued to my hand. The doctor had said that results usually came in between 2:00 – 3:00.

I did okay until 3:00, then I found myself looking at the clock every 5 minutes and saying “come on doc” like I could will her into calling.

I was torn between wanting to know and wanting to pretend this wasn’t happening.

At 3:45 my phone rang. I answered on the first ring. It was the doctor.

“The lump in your right breast is just a cyst with inflammation”, she said.

I let my guard down.

“However there is malignancy in the left breast”

Inside my head I cried NO!

I tried not to miss her words but it was becoming hard to breathe.

I was trying to write down what she was saying….stage 0….DCIS…remove….MRI.

My hand was moving with the name and number of a surgeon.

As much as I had anticipated that call earlier now I couldn’t wait for it to end.

Again my training kicked in and I started asking questions. I asked her to slowly tell me what DCIS stands for.

I heard the doctor tell me that the surgeon’s office didn’t close until 4pm so I had time to call them and make an appointment.

You just diagnosed me with cancer and you want me to do something in the next 15 minutes?

I assured her I would call the surgeon and hung up as quickly as possible.

I sat staring at the phone in disbelief.

Did she really just say that? I looked at the sticky notes all over my desk with information written on them….she had said it.

I began to shake and then realized I wasn’t breathing.

I got up from my chair and walked into the other room. I walked circles around the massage table just telling myself to breathe.

All I could think was the word breathe. I just kept saying it over and over again in my head…it kept me from thinking about what had just happened.

I calmed myself with the breathwork and could actually feel the diagnosis permeating the layers of my being as I took it in on all levels. This was real.

I’m not sure how long I paced that floor but I didn’t stop until I felt calm enough to actually think.

I found my center and started planning my next steps. There were people to tell, information to be gathered and doctor’s appointments to be scheduled.

This was going to be no easy journey.