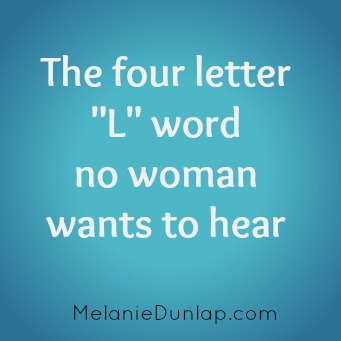 I decided to follow the conventional path and at the advice of my doctor I went for a mammogram. I’m not a fan of mammograms but like so many others, my medical decisions are largely based on what my insurance is willing to cover.

I reluctantly went to the appointment. It was an early morning appointment and it went quickly. I was in and out without a fuss.

Less than 48 hours later I got a call.

They saw something on the mammogram that they wanted to investigate further. I needed to come in for an ultrasound on my right breast.

An appointment was scheduled for 5 days later.

I wouldn’t say I worried during those days but whenever my mind wandered it went to that subject. I didn’t meditate on it, ask my inner healer or even tell anyone. I just let it be.

My husband offered to go with me to the appointment. I said no I wanted to go alone. I justified that decision with things like, his back hurts if he sits too long…he won’t be comfortable just waiting…he has more important things to do.

I know now that what I was really doing was letting my own self esteem issues get in the way. I have to be strong, I don’t want to inconvenience anyone, I don’t deserve any extra attention.

When I stepped through the office doors it hit me. I was nervous.

Even though I hadn’t sat in dialogue with my inner healer it had been whispering in my ear.

I knew that this wouldn’t be an all clear.

I checked in and sat down to wait. I tried to read a magazine but got irritated that I needed my glasses. I couldn’t concentrate anyway.

It was just a short time in the lobby waiting room before they called my name.

As I followed the nurse through the door I could feel myself shaking a little. I took a deep breath and tried to pay attention to what she was saying. Put on this robe, store your stuff in the locker and take the key with me. Got it.

I’ll admit the robes are much better than the old paper gowns they used to give you for these kinds of examinations.

I took a seat in the waiting room with several other women all wearing the same robes. It reminded me of the time I had gone to a fancy spa and we all sat around in spa robes drinking juice and waiting for our massages.

Only no one in this room was looking forward to her appointment.

When the technician came to get me she confirmed that I was scheduled to have an ultrasound on my right breast. But then she surprised me by saying that they also wanted to do another mammogram on my left breast to clarify something they had seen there.

Wait…I wasn’t prepared for both my breasts to be under scrutiny.

My anxiety level went up a notch.

I’ll admit I’m not a fan of the medical machine that is healthcare in our country but the women that worked with me that day were caring, compassionate and very professional.

I felt very vulnerable lying on that table with one breast exposed, covering my other one with the robe like somehow I could protect it.

Her tone was comforting as she explained how the ultrasound would go. She needed to see if she could find what they had found suspicious on the mammogram; it was supposed to be at the one o’clock position.

She found it on the first try.

The machine made little bell sounds as she measured it. Thoroughly she checked the entire breast, even the lymph nodes, while she calmly asked me questions meant to distract me from my thoughts.

After the ultrasound she took me down the hall to get the mammogram on the other breast. My technician’s name was Joy….no I didn’t miss the irony. She was kind and apologetic for the very hard compression that was required to get the views that the doctor wanted.

When it was over I found myself back in an empty waiting room with my robe tied tightly around my waist as if it could shield me from any more blows to my dignity.

My anxiety kept me from sitting so I stood staring out the window and let my thoughts drift. Just two days before I had attended a memorial service for a friend that had died of breast cancer. My lip quivered as I held back tears.

I thought about running away before the nurse came back to get me.

I was feeling vulnerable and started to wish I hadn’t come alone.

Joy stuck her head in and asked me to follow her to the office where another nurse waited to talk with me. She told me that we were waiting for the doctor to come in.

I was scared of the “L” word. My mind had drawn that as the line in the sand….as long as the doctor doesn’t say that then there was nothing to worry about.

More small talk about tattoos and long marriages before the doctor finally came in. She was a well dressed woman with a compassionate look permanently glued to her face. She spoke softly as she told me about what looked like calcifications in my left breast. She was patient and kind and didn’t use the “L” word.

“We found a Lump in your right breast.”

It is small…we need to do a biopsy…you’ll have results in 24 hours…we’ll leave a piece of stainless steel in there to mark the spot if you have to have surgery.

Fortunately my training kicked in and I got the information I needed.

The doctor left the room and the nurse remained to go through a checklist of questions about allergies, blood pressure, medications, height and even weight. I was caught so off guard that I even gave her my correct weight.

It had gotten late and most people had already left to go home but she assured me that I would get a call the next day to schedule a biopsy. She handed me a business card and showed me to the door.

I stood silently waiting for the elevator. Did that just happen? I looked down and saw the business card in my hand….it had happened.

My phone was buzzing with a text asking where I was. I stopped on the sidewalk because I knew my legs weren’t sturdy enough to walk and talk.

I called home. The first question was of course…what happened? My voice broke when I said we’ll talk about it when I get there.

I walked slowly to my car keenly aware that these were the first steps of a new journey.