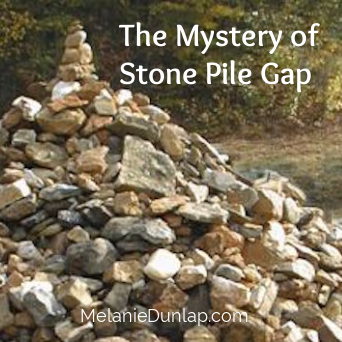 The sun was shining and the temperature outside was in the seventies. It was a perfect day to drive through the mountains of north Georgia.

This particular trip was for me. I had been told about a woman that owned a nursery specializing in medicinal plants. It sounded like a dream come true.

The view out the windshield was so beautiful that I had to force myself to pay attention to where we were going so we didn’t get lost. I was responsible for navigation.

I looked again at the paper that had the directions written on it. No matter how many times I read it, one part of the directions made no sense to me…

Go to the stone pile and turn right.

Stone pile? How many stones? Would I recognize it as a stone pile?

I envisioned a little pile of rocks on the side of the road that I would surely overlook. It’s the mountains, is a pile of rocks going to be that obvious? Was it regular stones or maybe crystals?

If it was crystals I would surely see it…wouldn’t I?

I worried about that stone pile, but I was so excited about getting plants that I wasn’t about to let that worry stop me. Besides, I needed to know more about this stone pile.

Turns out there was no need for worry. The stone pile was very obvious.

It was in the middle of the road! 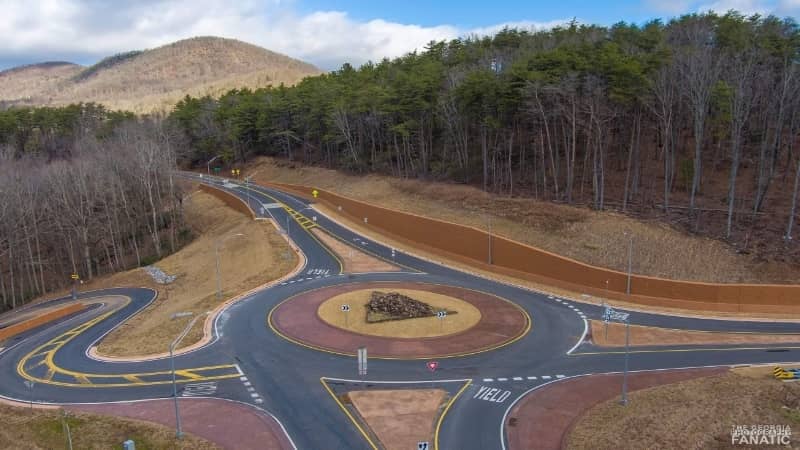 It is known as Stone Pile Gap.

It is a large pile of rocks inside a triangle. If you look closely, you can see precious items other than rocks that have also been left there.

Turns out this is no ordinary pile of rocks. It marks the grave of a Cherokee princess known as Trahlyta.

Legend says that Trahlyta was a beautiful princess that drank every day from the magic springs of eternal youth. Her beauty was such that many suitors pursued her, but she turned them all down. One suitor was so upset at being rejected that he kidnapped Trahlyta and took her far away.

Being so far away from her family and beloved springs, Trahlyta’s beauty and her life force began to fade. As she was dying her kidnapper promised to bury her near her home and the magic springs.

Her dying wish was that passersby would drop a stone on her grave for good fortune. “The Song of Trahlyta” speaks of her wish: “Pass not by, Stranger! Stop! Silently bare your head, drop a stone upon her grave and make a wish straight from the heart. The spirit of eternal youth and happiness hovers near to grant the wishes of all who love the hills and valleys of her native home.”

People have been leaving stones on her grave for generations. 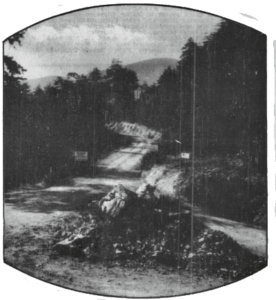 Early explorers of the Southern Appalachians found many similar piles of rocks at the gaps in the mountains and most of them have long since disappeared.

So why has Trahlyta’s grave remained? No one knows for sure, but legend says that anyone taking a stone from the pile will incur the wrath of the witch of Cedar Mountain.

That brings me back to the roundabout. Completed in 2020, the roundabout cost an estimated $4.7 million. It probably would have been cheaper to move the stone pile. And the Georgia Department of Transportation thought so too.

But the witch of Cedar Mountain would have none of that!

Twice the Georgia Department of Transportation has attempted to move the grave during construction. Both times at least one person died in an accident while moving the pile.

So Trahlyta remains peacefully ten miles north of Dahlonega, GA at the intersection of US 19 and State Road 60. If you’re in the area remember to drop a stone and make a wish.

But never ever take a stone away.