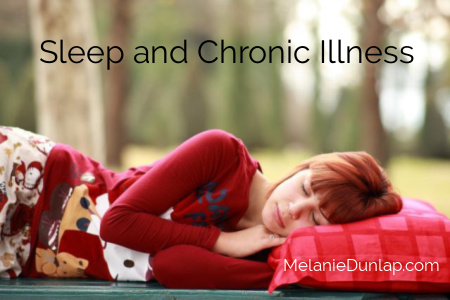 We’ve all suffered through days of headache, fatigue and irritability after a bad night’s sleep for whatever reason. Sure, you can make up for it with a power nap or by sleeping it off the following night. But when insufficient sleep becomes the norm and you’re not getting anywhere from 7 – 9 hours of quality sleep each night, then problems start developing.

Physical, emotional and mental long-term, chronic illnesses start to take hold because of your unhealthy sleeping patterns. One of the most surprising diseases linked to insufficient sleep is obesity. Research has shown that those who habitually sleep 6 hours or less have, on average, a higher BMI (body mass index) than those who get sufficient sleep. It’s also connected with lack of exercise – because you’re too tired to move – and overeating.

The science behind this is that during sleep, our bodies secrete a number of hormones associated with appetite control, metabolism and glucose conversion. When our bodies don’t get enough sleep, an imbalance of these hormones – and others – occurs.

Two hormones crucial for suppressing and stimulating appetite, leptin and ghrelin respectively, are released either not enough or too much which may be the reason behind those cravings for sweet, sugary snacks to satisfy the need for a quick energy boost.

But the reality is, these types of snacks only give you a boost for a few minutes, then quickly crash your blood sugar levels and you’re left even more deflated and fatigued than before.

Another example of a hormone directly affected by insufficient sleep is insulin which is the hormone responsible for the way glucose is transformed into energy, and weight gain. When insulin levels are not controlled as they should be, our bodies process glucose more slowly, resulting in a higher risk of type-2 diabetes.

Cortisol (the stress hormone) is also another hormone that is released in excess when you suffer from poor sleep. This results in mood swings and anxiety. High levels of stress also result in elevated blood pressure and cholesterol levels, as well as an increased risk of inflammation.

This directly affects your immune system, leaving you susceptible to all kinds of illnesses, from the typical cold or flu to microbial infections to chronic diseases, such as cardiovascular diseases and strokes.

Moreover, mental disorders are brought on by poor sleep. Depression, anxiety, cognitive decline, such as memory loss and dementia, are all symptoms of insufficient sleep. Studies have shown that those who get less than 6 hours of sleep reported less sociability and confidence, and increased levels of anger, hopelessness and despair. It’s also been reported to have a negative effect on judgment and alertness.

While most of these symptoms can be eliminated once sleep patterns return to normal, the problem is in the fact that most people suffering from poor sleep fail to report it to their doctors which makes it go unnoticed and untreated for longer.

The good news is you can turn things around for the better even if you’ve suffered from poor sleep for years. Make a point of creating a peaceful, sleep-inducing environment at least half an hour before going to bed and make it a nightly habit.

Soon enough, you’ll start going to bed when you’re tired and you’ll be able to wake up fresh and relaxed without the need of an incessant alarm clock going off for an hour before you’re finally able to get up. While it may take you several weeks, it’ll be worth it once you start feeling the positive effects a good night’s sleep can have on your health.

Are you struggling to get good sleep? Get a FREE Discovery Call with Dr. Melanie to discuss your sleep issues. Click here to schedule your call today!