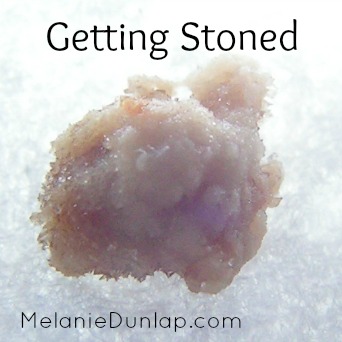 I was navigating Friday afternoon traffic trying to get home. It was early enough that the get-out-of-town-for-the-weekend rush hadn’t started in earnest yet but it was still heavy. As I got off at the New River exit I took a deep breath, taking in the view of the mountains helped shift my energy down a few notches.

When I got home I was glad that my husband had not come out to greet me because I had been shopping for his birthday present and the name on the bag would be a dead giveaway. I left the gift in the truck and went into the house; I hoped he was down in his studio working so I could sneak in the bag without him knowing.

I wasn’t prepared for what I found.

He was in bed curled up in pain. Sweat was pouring off his head and he was holding his abdomen.

In between waves of pain I got the details from him. It had come on suddenly, he threw up his lunch, and he might have had a twinge a few days ago. The intense pain makes him feel like he is going to be sick again so he tries to get up but only makes it a few steps before he drops to the floor clutching his belly.

I’ve seen this before.

As he rides out another wave of pain I keep my voice steady saying “I think you have a kidney stone.” He tries to ask me questions but the pain makes it hard for him to collect his thoughts.

He chose the car.

The closest ER is not attached to a hospital and is only a few miles away. Fortunately for us it was slow that day and he was taken back to an exam room immediately. They make him take off his shirt and put on an ugly hospital gown before they take his temperature, check his oxygen and put on the blood pressure cuff.

We look at each other and grin…we know what is about to happen.

It only took about 2 minutes for all the alarms, bells and whistles to go off on the blood pressure reading. His blood pressure is 205/105, far above the recommended 120/80. We explain to the nurse that he has white coat syndrome. That is a fancy way of saying that when he goes to the doctor his blood pressure gets crazy high.

She left the cuff on and the machine checked it regularly, each time setting of the alarm. His pressure came down slightly but nowhere near where they wanted it. It bounced around so much the nurse finally gave up and just unhooked it.

After about an hour in the hospital his pain had started to subside, he was feeling sore but no more intense waves of pain. Results of the blood tests, urinalysis and a CT scan confirmed what everyone had guessed.

A kidney stone….a big one. Measuring 8mm on the scan, it is the size of a marble sitting in the right kidney.

Yeah that would hurt.

Kidney stones form when the urine contains more salts and other minerals than the fluid can dilute. The crystal forming substances stick together and form sharp stones that can range in size from a grain of sand to a golf ball. The smaller ones are easily flushed from the body but the larger ones can sometimes need help.

The doctor’s first recommendation is to immediately transport him to the hospital so he can have surgery in the morning.

At the same time we both said, “But tomorrow’s the full moon.” The doctor looked at us a little sideways but he took it in stride. We explained about our full moon Labyrinth walks and told him that the next night was a scheduled walk.

By now my husband was in very little pain and not eager about surgery. We talked it over and decided that if he needed surgery in the morning it would be okay for me to leave him at the hospital that afternoon while I went home to facilitate the Labyrinth walk.

The doctor was still looking at us funny but I’m sure it wasn’t the weirdest thing he’d ever heard. We agree to the terms and the doctor takes off to call the hospital and make the arrangements.

It was just a few minutes later when the doctor came back to tell us that he had spoken with the urologist and they felt that since the pain was gone we had the option of waiting until Monday and visiting the urologist at his office. If the pain returned it would require a trip straight to the hospital.

We talked it over and felt that was a better option. It didn’t take long before he was loaded back in the car and we headed home. 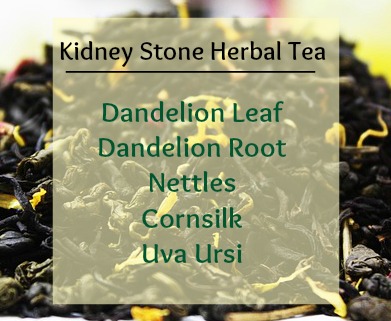 The first thing I did when we got home was blend the herbs for my kidney stone tea. I have used it to help clients dissolve stones and prevent new ones from forming.

He went to the doctor on Monday and because he still didn’t have any pain they have decided that he can wait a few weeks for surgery. We’re happy about that because it gives the tea time to work.

His prescription is a quart of my herbal tea every day and lots of water to keep the system flushed out. We have faith that the tea will do its job and he can avoid invasive procedures.

We’ll find out next month……