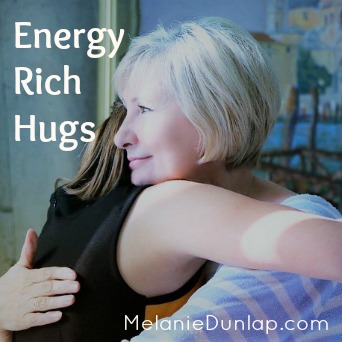 The first healer I ever met was a medical intuitive back in 1985. I didn’t know what medical intuitive meant but all the people at the resort where we lived and worked were excited that she was coming for a visit.

I was 21 and a newlywed living with my husband in the Santa Cruz mountains of California. At that time in my life so many things were new to me that hearing of her arrival didn’t really spark much interest for me.

Until I met her.

It has been so many years now that I don’t remember much about her physical looks but I can never forget how she made me feel. Her physical presence was secondary to the energy that she commanded.

Only I didn’t know it was energy.

When I was introduced to her the first thing she did was give me a hug. It startled me, I had never been hugged by someone I didn’t know before.

I wouldn’t realize it until decades later but that hug changed my life.

She invited me for a cup of tea and we chatted for a while. I found myself opening up to her about things that were too personal for a new acquaintance but I couldn’t help it. There was something about her.

When I got up to leave she gave me another hug and that is when I felt it. A wave of energy came from the ground all the way up my body and became a part of that embrace. It was over before I knew what it was.

She smiled like she had a secret and told me to come back again. I walked away trying to figure out what was in that hug.

Over the next few weeks I saw her often, each time getting hugs that I had no words to describe. I loved hearing her talk about her work, I didn’t understand most of what she talked about but yet it felt so familiar.

Finally, I worked up the nerve to ask her about what I felt in her hugs. She flashed that same smile and said “I wondered when you would ask.”

She gave me my first lesson in healing energy. I was captivated by her knowledge of chakras, lay lines, meridians and other aspects of the human energy field. She explained how she consciously engaged the energy during our hug to create that feeling of peace and connection.

I decided right then that I wanted to be able to hug like that.

A few days later she announced that she would be leaving, off to be of service to someone with a health concern. I never saw her again. 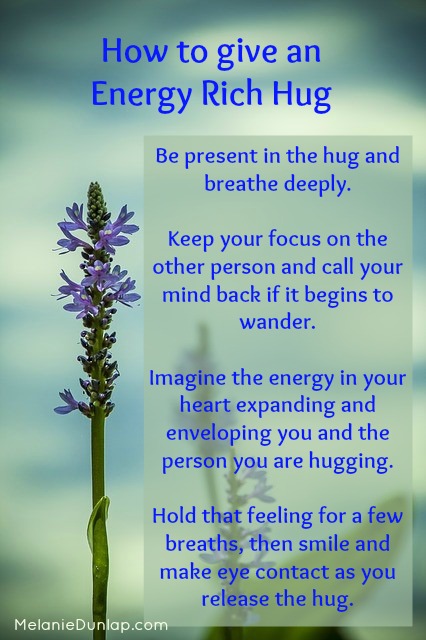 As part of my own spiritual path a few years later, I came back to that hug. I started paying attention to how I hugged other people….and how they hugged me back. I also studied the properties of energy and how we interact through our energy fields.

I learned how to do that hug.

And since then I’ve known many others that know how to do that hug too. Turns out anyone can do a conscious, energy rich hug if they really want to.

Have you experienced an energy rich hug?