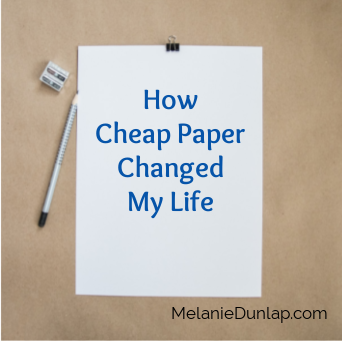 I have a friend that calls me a paper snob. It is true. I buy a high-quality paper for my copier and several times I have had someone think they are getting two pieces of paper because of the thickness.

The piece of paper I had in my hands today was not that quality. In fact it was about the cheapest quality of paper that is available. Obviously, the purchasing department ordered it because it was the lowest cost.

Not only was the paper quality low but you can tell it is a copy of a copy of a copy. It has been copied so many times that the colored ink is almost transparent in some places. Even the well wishes are copied, some of them are so close to the edge that they have been cut off. There are signatures of people that I know are no longer working for that office.

My hands trembled as I held that piece of paper. I could feel the tears welling up in my eyes. I looked around to share my feelings, but there was no one there. I was alone. A few tears escaped but I held it together.

I have completed many courses in my life. I have a notebook that holds an abundance of completion certificates from things like energywork, herbs, leadership and numerous others. Most of them are pretty with fancy lettering or logos on nice paper. A few are like the one I got today.

But none of them are as significant as the one I received today. None of them caused me as much pain, fear or loneliness. None of them represented being alive as much as this one.

I tried not to let tears fall on it as I read the words….

Certificate of Completion of Chemotherapy

It had taken a full year to get this cheap, photocopied piece of paper but in that moment, I was so proud of it. The nurses had delivered it with balloons, ringing bells and confetti. I had known it was coming but the feelings were still overwhelming.

Their little celebration had lasted only a few minutes and then they were gone back to their duties. I was alone again.

My heart hurt wanting to share that moment with someone I loved. I had been present with so many others when they received their certificates. I had taken pictures of Tom when he got his. I tried to take pictures of the nurses bringing it to me, but I didn’t do a good job. 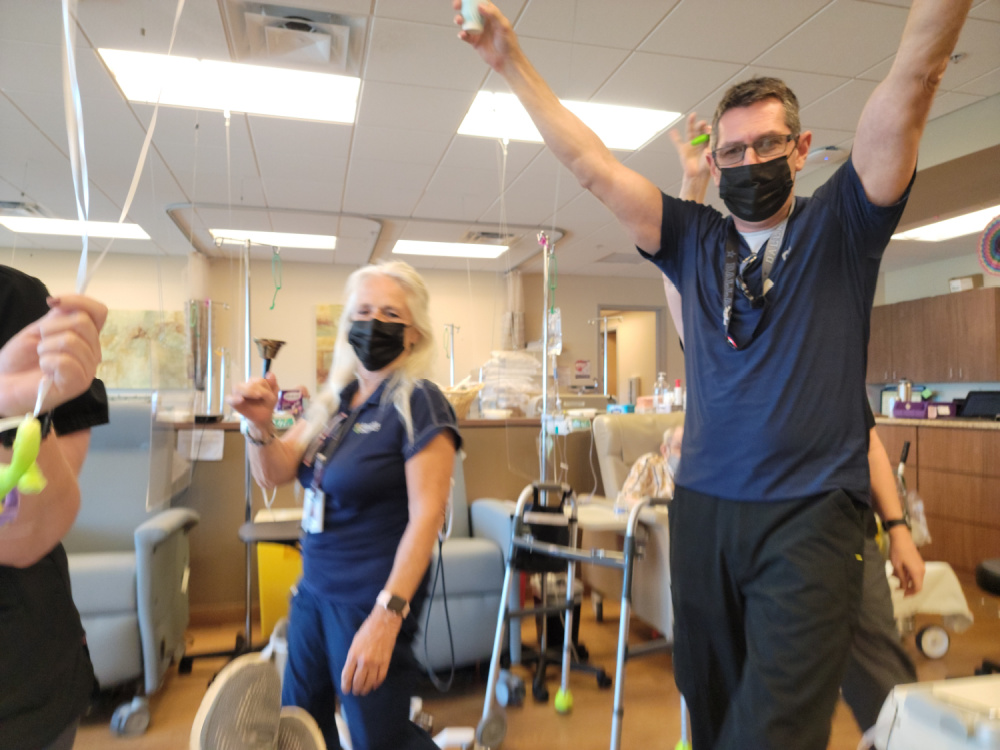 That’s what it feels like having cancer during the covid pandemic. Very alone.

So I took pictures of my certificate and texted it off to my loved ones. I received lots of love through my phone that day. Congratulations and well wishes flooded in.

I was finally finished with my treatment and the nurse unhooked me one last time from the machine that had been my routine for the last twelve months. She congratulated me on completing treatment and set me free.

Even knowing that I would be very sick for the next two weeks, I was elated to be done! There were so many times I wanted to quit. So many times I swore I would never go back. And honestly, a few times I would have preferred to die.

But I stayed strong and had a support system of friends and family that never let me down.

I didn’t realize until I got out of the building and stepped onto the sidewalk that I had been holding my breath. I was afraid that someone would come after me saying there had been a mistake and I hadn’t really finished.

I stopped for a moment and took a deep breath. I felt an overwhelming sense of gratitude. I hugged my backpack because inside of it was a cheap piece of paper that signified the next chapter of my life.