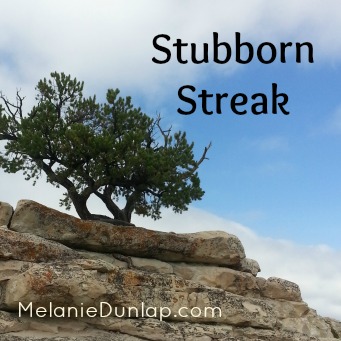 It was my last doctor’s appointment, the oncologist. I had already met with him before my surgeries so I knew what he was going to recommend. What I didn’t know was how that appointment would test me.

I was 21 days past my 3rd surgery and I felt physically better than I had in a very long time. I was still in pain and felt tired easily, but I wasn’t facing anymore surgeries. I felt confident as my husband drove me to the doctor’s office.

It still causes a flutter in my stomach every time we pull into that parking lot. Two of my doctors, my mammograms, biopsies and all my surgeries have been located in the same building. I have to take a deep breath before I can get out of the car.

As we got off the elevator I turned the wrong way and strode off confidently until my husband caught up with me and turned me around. As we entered the office I prepared myself for the fear energy that I knew permeated the room. After a brief interaction with the receptionist we found seats and waited for my name to be called.

An elderly woman with a walker sat down across from me, she pulled out a bottle of water but her arthritic hands couldn’t twist off the cap. I gently slid into the seat next to her and asked if I could help. She graciously accepted and we exchanged a few words about how difficult those little caps can be.

It felt good to be of service.

As I moved back to my seat the woman next to me told me how she also sometimes struggled with those caps and I agreed that some were harder than others. We engaged in idle chit chat and the next thing I know she is pulling out a giant pill container from her purse to show me how organized she is about her medications. I can hear the fear in her voice. She is doing everything she can.

The nurse calls my name and we follow her back to the scale, apparently I am feeling better because I have gained back 2 of the 10 pounds I lost. My vitals are all good and she asks if I had 2 lumpectomies. “No I actually had 3”, I reply. She responds with a wow and pokes around on the computer trying to find the reports from all of them.

After finishing with the computer she tells us the doctor will be in shortly as she leaves the room.

It wasn’t long before the doctor came in introducing himself and shaking our hands. He doesn’t remember that I was here before but I don’t care because this is going to be short and sweet, write me the prescription and away I go. He introduces the young woman with him as his PA and shares that she graduated just a week ago. She smiles brightly as we congratulate her.

The doctor is leaning on the exam table shuffling through the papers in my file. “You had a lumpectomy?” he asks without looking up. “Well actually 3 lumpectomies and a lymph node taken out”, I reply. He asks when and I rattle off the dates. I know them by heart. He shuffles through the papers, every so often reading a line softly out loud to himself.

Still leaning on the table he looks over his glasses at me and asks about radiation. “I have decided not to do radiation”, I say proudly.

He stops shuffling the papers and asks why. “I don’t feel it is right for me”, I answer.

I worked through all that after my visit with the radiation doctor and feel confident in my decision. I assume these are just routine questions that he is asking before he writes the prescription. After all he is the oncologist and has nothing to do with radiation.

I was blindsided by what happened next.

He straightened up, looked across the room at me and said “You’re making a big mistake. You have to have radiation.”

But I’m not giving in so easily. “I don’t want to do radiation”, I tell him.

“You had to have 3 surgeries and you had a micro-invasion. Radiation is safe these days, there are no side effects”, he says sternly. When I bring up the brittle ribs and lung damage that can come from radiation he replies that those are very minimal side effects.

They don’t sound minimal to me.

He invites me over to the exam table. Now he is right next to me, in my space, determined to change my mind about radiation. He kept hammering away at me; at least 3 times he said if I were his sister he would tell me to do radiation. He listens to my heart and lungs, while telling me more reasons why I should change my mind.

I can feel the energy get out of control and I start to doubt myself.

I thought I was over the scary stuff. This was just supposed to be an in and out prescription writing visit. What happened?

I’m not ready to give in just yet.

I ask him about the odds of recurrence. The radiation doctor had told me but I wanted to hear it from this doctor. He confirms that if a woman doesn’t do radiation there is a 40% chance of recurrence of breast cancer.

Now it was my turn to look him straight in the eye. “Doesn’t that mean that if a woman doesn’t do radiation there is a 60% chance she will NOT have a recurrence?”

He didn’t seem prepared for that kind of logic. Again he made the case for radiation, this time with a much more urgent approach.

He finally authorized the prescription I had come in for and shook hands as he left the room. His PA told me that the prescription had already been transmitted to the pharmacy and showed us the way out.

I got off the elevator at the first floor and walked right past the radiologist office without stopping.

I happen to have a stubborn streak.