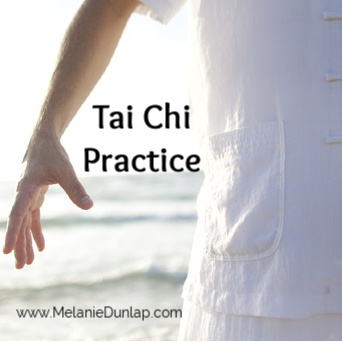 The first time I saw tai chi being practiced, it was very early in the morning in San Francisco, and my wife Molly and I were out walking with our insomniac one-year-old in a stroller. We thought we were all alone with the birds and the first rays of cold December sun. We rounded a corner and saw thirty or forty people on a softly-sloping hillside moving in slow-motion harmony. I knew what tai chi was, but I had never seen it in action – and I was mesmerized.

That was more than fifteen years ago, and we had to go to San Francisco to see tai chi “players” in the park.  Since then, tai chi has grown in popularity, and classes are now offered in community centers and gyms across the country.  This ancient exercise provides many health benefits that are attributed to the slowness of movement, mental concentration, attention to posture and breathing.  Part of the popularly of tai chi is that people of any age, physical ability and different levels of experience can benefit.

So, what is it about tai chi that has caused this ancient eastern practice to become so common in the western world? The articles on the internet make its benefits seem simple: stress reduction, attaining a better sense of balance, and physical relaxation. And while this sums the benefits up nicely, each one just touches the surface of what tai chi is all about.

Practicing tai chi challenges the body, mind and spirit. Like all martial arts, the skills learned are developed in three phases:

Certainly, there are other practices that heal mind, body and spirit all together.  I may be biased, but I believe tai chi is special. Just about anybody can do it, regardless of their ability.