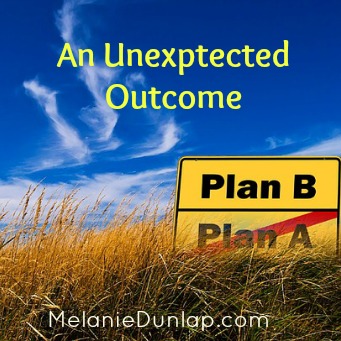 I put off calling the surgeon’s office for as long as possible. Even though I know surgery is the right path for me I still didn’t want to make the call. I found all sorts of reasons to put it off. I checked and rechecked my schedule. I moved things around and talked to my clients.

Suddenly there it was, 5 full days cleared of interactions and responsibilities.

The date was August 1st.

I tried to think up as many positive things about the day as I could. It was the first day of the month….new beginnings. It was a Monday….the surgeon and other hospital staff should be well rested. But what if they hated Monday’s?

Breathe and be positive.

It was National Girlfriends Day and Goddess knows I could not get through this without the help of my girlfriends.

August 1st is also Lammas, one of eight pagan holidays that include the fall equinox, Samhain (halloween), winter solstice, Imbolc, the spring equinox, Beltane and summer solstice. Lammas is the time to celebrate the harvest, the first grain is cut and loaves of bread are baked to celebrate.

I didn’t miss the irony of it being a day of harvest.

I called the surgeon’s office and told the nurse when I wanted to schedule my sugery. She was surprised that I was making the appointment for 3 weeks in the future. I assured her that was the best fit for my schedule and I didn’t feel the need to rush. I was calm, cool and collected on the phone.

By the time the appointment was set my hands were shaking. I fumbled as I tried to hang up the phone. How come the button I needed to push was so damn small? I wanted to blame the phone for my situation.

But it wasn’t the phone’s fault.

I had just made an appointment for breast cancer surgery.

Even though I had already had my diagnosis for 3 weeks it was still hard to wrap my head around it. In that moment it felt like a big deal. Not just a little big deal but a stinking whopper of a big deal, the biggest deal I have ever been up against. Holy crap this is CANCER.

As my emotions spiraled out of control I called in the mantra that I was using to get through this…Be Present.

Being present right then meant being scared. Even though I could feel the solidness of my decision I could also feel the fear. One thing I knew for sure was that surgery had not been on my vision board for this year. Slowly I worked through the jumble of thoughts running through my head and began to feel calmer. There was nothing to fear in that moment.

But it was coming.

Part of the reason I had scheduled my surgery so far in advance was my desire to be available to help someone else recover from her own surgery. I was grateful for the distraction. I am comfortable being a caregiver and I’m really good at it. Finally something I could control.

Hers was an invasive surgery with a long recovery time. As I kept track of her medications, made sure she did her breathing exercises and monitored her food intake I felt great. I spoiled her, pushed her and watched her get better every day.

And for a little while I forgot about myself.

A week before surgery came way too fast. I started a list of things that had to get done before surgery…it grew to be two pages long. Even though the list looked daunting I felt pretty confident. I had to work until 8pm the night before surgery but I got it all done.

Having scheduled my own surgery so far out was truly a blessing. It gave me time to relax about my decision and not be in a heightened state of worry. I practiced being present. I walked the Labyrinth, put ribbon in the prayer tree and sat in meditation at the outdoor altar. I found moments of peace.

I also counted down the last week, taking note of my last Wednesday before surgery, my last Thursday, Friday and so on. Until Sunday…the day before surgery. I was jumpy and frantically trying to finish my list, which was made more difficult by my inability to concentrate. I was supposed to take a shower that night with antibacterial soap. Even though I am against antibacterial soap I took the shower. If you are going to play their game you need to follow their rules.

We arrived at the surgery center at 8:00am and they took me back right away. First I was to have guidewires put in so the surgeon would know where to go. A quick elevator ride up to the 2nd floor and before I knew it I was back in a robe complaining about everything being pink. It felt like an unpleasant flashback when I walked into the room and it was the same machine, nurse and doctor that had done my stereostatic biopsy.

Again I sat in the chair and had my left breast squished between two plates while trying not to pass out. Both times I’ve been there the nurse is so kind, rubs my arm and repeatedly asks me if I am doing okay. I want to run screaming from the room but instead I assure her I am fine. I chuckle a little at the thought of passing out and just hanging there with my breast stuck in the machine. It doesn’t seem funny now but at the time….

A wheelchair ride back down to the surgery center and the robe is exchanged for an ugly surgical gown and blue hair net. At least 5 medical personnel ask me what I am having done and look at the stylish white plastic bracelet adorning my wrist. My surgeon comes in asks the same question then takes out a sharpie and writes “Yes” above my left breast. It seems a little demeaning but it’s better than operating on the wrong side.

My preop nurse is very sweet and apologizes for having trouble finding a vein for the IV despite her best efforts. But she is patient and gets it on the first try. The anesthesiologist was brief and lacking in bedside manner but the results are good. Fluids start running through my IV and then I’m being wheeled down the hall to the operating room banging the wall as we enter. The room is cold with two nurses who introduce themselves through their sterile gear. I’m not sure the proper greeting in these circumstances so I just say hi.

They have me hop on the surgical table and I’m excited to get to look around the room. The two giant lights above my chest partially block my view but there is still a lot to see. I am fascinated with all the equipment wishing I could ask questions but not wanting to distract anyone from the work at hand. The anesthesiologist puts an oxygen mask on me, my wrist starts to burn and that’s the last I remember.

I woke up violently shaking. The postop nurse came over and told me that it was from the anesthesia and gave me something in my IV that calmed it down. I was drowsy but my family was there telling me they loved me and helping me wake up. It didn’t take long before I was dressed and in the car.

I don’t remember the drive home. I know that later in the day I ate some soup, took my pain medication on schedule and drifted in and out of sleep. That was pretty much for routine for two days. On the third day I felt much more alert and hungry.

I was sitting in the chair watching tv when my phone rang. It was my surgeon.

“Well I have good news and not so good news”, she said. I sat up straight and listened intently. The good news is that there is no sign of it growing outside of the duct so it was contained. I fumbled with my phone to put it on speaker so my husband could hear what she was saying.

The not so good news is that she didn’t get it all. The margins weren’t clear and she needed to take out more tissue.

I would need a second surgery.

I couldn’t say anything. Thank goodness I had gotten it on speakerphone so my husband could take over the conversation and ask questions. Her voice sounded so far away as she explained the additional amount she would need to take out, that she would use the same incision and it was better to do sooner rather than later. I should call the office to schedule again. Her tone was empathetic and she was patient with our disbelief.

After we hung up I laid the phone on the table and hung my head in my hands. I saw my tears as they began to splash on the floor.

This was not what I had expected.