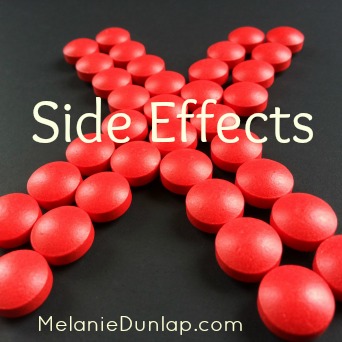 Something’s off. I don’t feel right.

I’m exhausted all the time. My hips hurt so bad I can’t lie on my side at all. I get waves of nausea that make me hover around the bathroom to see if I’m going to puke. My hot flashes are worse than ever and my left hand sometimes goes numb.

I’ve been trying to ignore the obvious but today I can’t.

Today I got scared.

The symptoms have been getting progressively worse but I have been trying to push through. Yesterday I had a very full day of clients; most of them were transformational coaching clients but I did 2 massages in the same day. It was the first time since my surgeries that I have done more than one.

By the end of the day I was in real pain.

My left arm, shoulder and breast hurt so bad I hid in the bathroom to cry. I took something for pain and tried to downplay the hurt to my family. It didn’t work. Apparently I have developed a certain way of holding my left arm to protect myself when that area hurts and they saw right away when I started favoring it.

After yet another night of poor sleep I got up early this morning and went in the hot tub to see if it would help my muscles stop hurting. It didn’t. I tried eating some breakfast to soothe the nausea but I still felt bad. I was so exhausted I had to go back and lay down.

I think I’m having side effects from the medication.

My husband came in to check on me and we talked about how I had been feeling. He suggested I call and make an appointment with the oncologist that prescribed the medication I am taking.

I know he is right but I don’t want to go see the oncologist. The oncologist is the one that did the most damage to my courage; he told me how wrong I was for choosing not to do radiation. He told me that the radiation side effects of brittle ribs and lung damage were minimal. (see Being Stubborn with the Doctor)

In my mind I had made a compromise, I wouldn’t do the radiation but I would do the medication. It is not chemotherapy but rather an aromatase inhibitor, a hormone therapy that reduces the amount of estrogen that my body makes. I know that there are different options available for this so it should be easy to switch medications.

Just the thought of making an appointment with the oncologist brings up a flood of fear.

I’m supposed to be done with cancer.