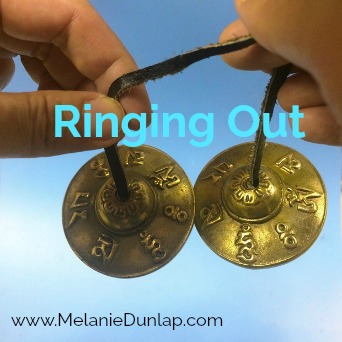 We were sitting in the waiting room again, but this time was different, this was the last one. The last chemo treatment in Tom’s regimen.

I look over at Tom and can see the toll this has taken on him. His face is thin, and he looks tired, he gets winded easily and there are new worry lines on his forehead. His pants are baggy, and his leather belt has so many new holes it looks perforated.

But he still doesn’t look like a cancer patient.

His eyes sparkle when he is feeling good and even when he doesn’t feel good he still musters a smile for those around him. And his hair. He still has it.

It is whiter and thinner, but he never lost it. The doctor told him that he would lose his hair from the last 2 mega doses. The doc was wrong.

He smiled when he caught me looking at him. He had started to feel stronger in the last few days and my heart hurt at the thought of him going through those chemo after affects again. Those were long, ugly days that took us to the brink of despair.

But he had been feeling stronger, so we knew he could get through this last one.

It feels like I had been coming here forever. First as a patient, now as a caregiver. The same artwork hung on the wall and the giant coffee machine in the corner still groaned loudly when asked to make a cup of coffee.

The one time the place had looked different was on Halloween, a lot of the staff dressed in costume. Everyone in the room laughed when the infusion nurse came out dressed as Darth Vader and called a patient’s name. The phlebotomists were dressed as vampires and there was a pumpkin decorating contest.

Hard to believe it was after Thanksgiving already. Time seems all scrambled up.

After his blood draw Tom came back to the waiting room. I touched the bandage on his arm and commented on how well his veins were holding up. He always wanted to avoid having a port, so he had worked hard to stay hydrated. It had taken a great deal of willpower to make himself do that when he was so sick, but it payed off in the long run.

Even without the Darth Vader mask the infusion room nurse that comes to get patients is always fun. He has a dry sense of humor and makes all the patients laugh. His eyes are kind and he loves to give out warm blankets. Tom is feeling pretty good today and they banter back and forth as we walk down the hall.

I thought going into the infusion room would get easier over time, but it still made my stomach hurt. As we passed a mirror I catch a glimpse of some new wrinkles and whiter hair in my own reflection as well. I took a deep breath and focused on being grateful that this was the last one.

All the nurses smile and wave when Tom comes into the room. I’m sure he’s one of their favorites. He’s cooperative, doesn’t complain and loves to share a story. He teases them when they wrap the IV line in his arm with pink tape, he prefers the blue.

Part of my anxiety about the infusion room comes from the seating. The patients are given oversized recliners that allow them to stretch out and rest during treatment. Getting the chairs to recline can sometimes be tricky so the regulars help the newbies figure it out.

Tom looks so vulnerable in that chair.

I get him a warm blanket and work it around the tubes coming out of his arm to get him covered. He gets chilled easily these days. Bags of fluid hang from an IV pole that will go wherever he goes for the next 8 hours. The room is full of people attached to similar poles.

Sometimes the infusion room makes me think of the game musical chairs. While all the patient recliners have an IV pole beside them, they don’t all have a companion chair. Sometimes there aren’t enough chairs for everyone. Once I had to sit against a wall at his feet for the whole treatment and another time I was temporarily parked in the hallway where I couldn’t see him. That was hard.

But for this last one we got good seats. I sat beside him and we talked all day. Usually the medications made him drowsy and he would take naps. He was too excited to nap today.

As his last bag of IV fluid started to get low I saw the nurses getting prepared. I had been looking forward to this since our first day here.

All the nurses come over to his chair and one of them is ringing a bell. They cheer and congratulate him on this being his last chemo. He gets confetti thrown all over him, a glass of cranberry juice that says congratulations on it, beads around his neck and a certificate of completion signed by the whole staff.

Confetti is everywhere, and he doesn’t like the taste of cranberry juice, but he has a huge smile on his face.

We gather all our stuff and head for the door. He tells the nurses that he appreciates all they have done but he doesn’t want to do it again.

The elevator is packed with people as we leave the building. It is a short quiet walk to the parking garage and we are in the truck quickly. For a moment all I can do is sit there with my hands on the steering wheel and breathe.

That was it. The last one.

“I couldn’t have done this without you,” he says quietly. We both have tears in our eyes as we pull out of the parking lot and head for home.