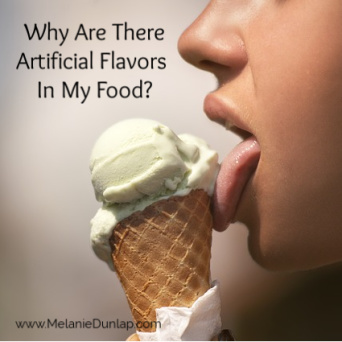 As a kid it was a special treat to get a Nehi grape soda. Even to this day I can still remember the taste of that grape soda because it tasted purple. If you’ve ever had one you know what I mean, it doesn’t take like a grape, it tastes like the color purple. 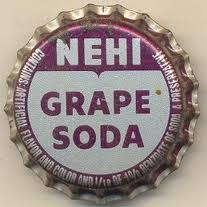 It made me wonder what it takes to make the taste “purple”. So I looked up the ingredients:

In my blog “4 Types of Processed Foods” we talked about the difference between unprocessed and ultra-processed foods. The ingredients definitely put Nehi in the ultra-processed category. But that doesn’t explain the taste.

If you see an ingredient called “artificial flavor,” what exactly is it?

For the most part, it’s a secret. Seriously. The makers of Nehi and other big food companies don’t want their proprietary flavors to be known, so they’re allowed to say, “artificial flavor” and leave the details out.

Why use “artificial flavors’ in a product?

When you make an apple muffin at home, what gives it the apple flavor?

Apples of course! Like real, whole, chopped or shredded apples or applesauce.

But, let’s say you’re a big food company and you’re making thousands of apple muffins every day. In a factory. On an assembly line.

How would you process the huge amount of apples that are to be chopped, grated or made into applesauce? Would you have a separate “Apple Room” where all the apple processing happens? What if one batch is slightly riper, or tastes slightly different from the rest? Will your customers notice a different taste?

Apples are perishable – they go bad. So how would you guarantee the apples won’t go bad? (Remember the saying “it only takes one bad apple to ruin the whole bunch?”).

And what if you can have an apple flavor that tastes better than using real apples? Something that makes people want to keep buying them every week. It’s true – some of the artificial flavors are engineered to give an even better taste than the real food.

Companies will often opt for the easier and more profitable option like artificial flavors.

While there are some flavors banned for use in many countries, other countries allow them.

There is an approved list of flavors that are accepted to be safe and are used by the food industry. They are considered GRAS, or “generally recognized as safe.”

Artificial flavors in food indicate that the food, regardless of the marketing, or health claims, is not the healthiest choice.

As for Nehi, they have been making their “purple” tasting grape soda since 1924 and are not likely to tell us the ingredients for its artificial flavors any time soon.