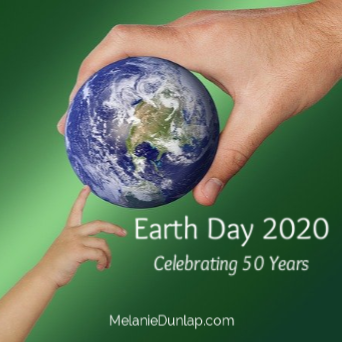 You might be surprised to find out that the first Earth Day was created by a junior senator from Wisconsin. Senator Gaylord Nelson had a lifelong love of the outdoors and was very concerned about the deteriorating condition of the environment in the United States.

In January 1969 there was a massive oil spill in Santa Barbara, California. An estimated 3 million gallons of crude oil was spilled into the channel. At the time it was the largest oil spill in the United States. Sadly, it now ranks 3rd after the 2010 Deepwater Horizon and 1989 Exxon Valdez spills.

Senator Nelson originally envisioned a college campus teach-in much like the anti-war movement of the time. The date April 22, 1970 was chosen because it was a weekday that fell midway between spring break and final exams.

As a democrat, Senator Nelson wisely sought out a conservation minded republican congressman by the name of Pete McCloskey to be his co-chair. The movement now had bipartisan support.

Together they recruited a college activist, Denis Hayes to try and maximize student participation. It was a good choice.

Hayes recognized the importance of this opportunity and believed it could inspire all Americans, not just college students. He created a staff of 85 people across the country to promote the event and before long other organizations wanted to get involved.

The name was changed to Earth Day and it caught on like wildfire. The national media picked it up and the whole nation took notice.

That first Earth Day inspired 20 million Americans to take to the streets, parks and auditoriums to demonstrate against the deterioration of the environment. At that time, it represented 10% of the total population.

Individual groups that has been fighting against things like oil spills, polluting businesses, toxic dumps, the loss of wilderness and extinction of wildlife were all united on that day. It brought together republicans, democrats, rich, poor, city folk, farmers, businesses and labor leaders.

People took notice. That first Earth Day is credited with helping to create of some of our most important environmental protections:

Earth Day started in the United States but by 1990 it was ready to go global. Once again Denis Hayes was asked to organize a major campaign. This time 200 million people came out in 141 countries and put environmental issues on the world stage.

The new millennium brought Hayes back to organizing with a focus on global warming and clean energy. In 2000 the internet helped organize activists around the world and a record 184 countries participated.

By 2010 there was strong pushback from well-funded lobbyists, climate change deniers and politicians. The public was disinterested, and the environmental community was again divided. Even with the opposition Earth Day survived with 193 countries adding to the collective energy.

More than a billion people around the world participate in Earth Day. It is recognized as the largest secular observance in the world. Today more than ever people recognize the need for a clean environment and are willing to stand up and have their voices be heard.

It can’t go unnoticed that this year’s Earth Day is being celebrated in the midst of a global pandemic. Coronavirus is giving us a rare look at how all people on this planet are interconnected.

As you can imagine there were big plans for Earth Day 2020. This year’s theme is climate action. Preparations began long ago but the world has changed dramatically since then.

Twenty years ago, the internet had its first influence on the movement and this year it plays an even bigger role. Earth Day has gone digital. #earthday

Earthday.org will be live online for twenty-four hours on April 22, 2020. They want you to flood the digital landscape with action and join the global conversations. There are premade social media graphics you can share or create your own. 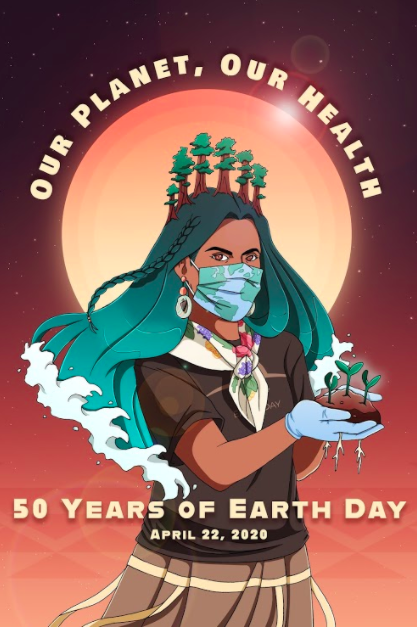 You don’t have to be political to participate in Earth Day. You just have to be a human being that cares about our planet.

Don’t want to be online? You don’t have to. Go outside and hug a tree. Take a hike. Watch the sunset. Connect to the planet in your own way.

Whatever way you choose to recognize Earth Day this year please take a moment to send some loving energy to Mother Earth for her health and well-being.