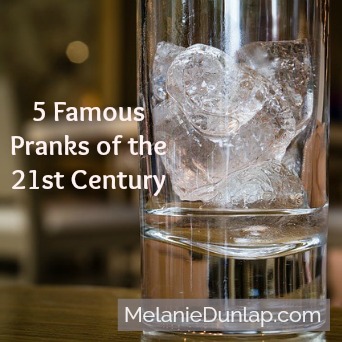 The one day of the year that it is acceptable to pull pranks on your friends and family.

Celebrated every April 1st in the United States, April Fools’ Day in not officially recognized as a holiday but it is celebrated by pulling pranks or practical jokes. It is unknown exactly how the tradition started but stories of pranks go back to at least the 15th century. One of the first big April Fools’ pranks occurred in 1698, when citizens of London were tricked into attending the lion-washing ceremony at the Tower of London, a ceremony that did not actually exist.

Here are just a few of the memorable pranks from history:

~Millionaire auctions off iceberg: in 1978, a businessman and adventurer named Dick Smith announced he would be towing an iceberg from Antarctica to break into smaller cubes for sale. He advertised that these Antarctic ice cubes would freshen the taste of any drink for the price of ten cents a cube. The media was on site in the Sydney Harbor to report on the barge towing the iceberg, which was revealed to be sheets covered with shaving cream and fire extinguishing foam.

~Big Ben Goes Digital: The BBC reported in 1980 that the famous Big Ben clock tower would be converted to a digital clock in order to modernize the tower’s look. This outraged many citizens, as the clock tower was a historical part of London’s culture. BBC Japan even offered the clock hands in a contest to the first four callers, which actually resulted in some bidding.

~In 1985, Sports Illustrated tricked many of its readers when it ran a made-up article about a rookie pitcher named Sidd Finch who could throw a fastball over 168 miles per hour.

~In 1998, after Burger King advertised a “Left-Handed Whopper,” scores of clueless customers requested the fake sandwich. 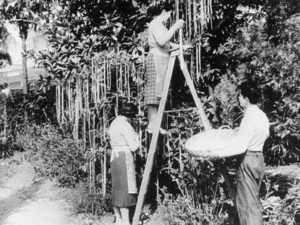 ~Home Grown Spaghetti Trees: one of the most famous April Fools’ pranks occurred in 1957, when BBC news program Panorama reported on Switzerland’s spaghetti harvest. The region’s mild winter and lack of natural spaghetti pests allowed for the fruitful production of home-grown spaghetti. The BBC received many calls from people interested in growing their own spaghetti, who were told that they should place a sprig of spaghetti in tomato sauce. Click here to see the original broadcast.

So be on your toes and watch for pranks and practical jokes this April Fools’ Day!