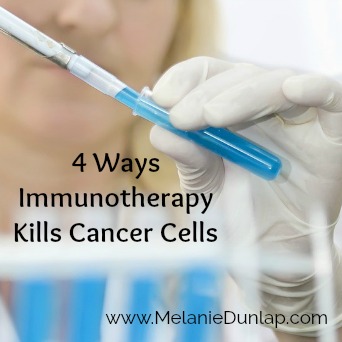 The door to my office flew open and I jumped with a start. When I looked up he had a sheepish grin on his face and apologized for startling me. He headed through my office and into the house for lunch.

Even though his regular interruptions through my office disrupted my own work, I couldn’t help but smile back. It felt so good to have him well enough to burst through the door.

Tom has worked hard to recover from the chemotherapy and radiation treatments he received for lung cancer and it was starting to show. He is back working in his studio turning wooden bowls and making custom art pieces for his favorite clients. His wind capacity is better, and he is exercising regularly.

He poked his head around the corner and asked if I wanted to eat. A glance at the clock told me that I had been sitting at my desk too long, so I decided it was a good time for a break. He offered to make us egg burritos since the chickens had been giving us fresh eggs again.

Slowly he was gaining back the weight he had lost during treatments. He was eating well and had even learned how to make green drinks in my Vitamix. These day it was usually him that made our afternoon smoothies.

In its own chaotic way life was starting to seem normal again.

When my phone rang, the number looked vaguely familiar, so I answered. A voice I recognized as the assistant in the oncology office identified herself and asked how I was doing today. We exchanged pleasantries and then she got straight to the point.

The immunotherapy drug that the oncologist had recommended at Tom’s last visit had been FDA approved. Just 3 days prior, Durvalumab had received fast track approval for his type of lung cancer and it would be covered by insurance.

The doctor was recommending this treatment for Tom.

I caught my breath thinking of all the rough things Tom had experienced during chemotherapy and radiation. The idea of him suffering like that again made my heart hurt.

The nurse on the phone gave me the name of the drug and told me to look at their website. She said she would call back the next day to follow up. The doctor wanted an answer quickly.

As I hung up the phone I knew I needed to know more about immunotherapy…..

The immune system is a network of cells, tissues and organs that work together to identify and destroy foreign bacteria, viruses, parasites, fungus and abnormal or unhealthy cells in the body. The most important function of the immune system is to know the difference between the body’s good tissue and the foreign invaders.

An article in the Journal of Cancer Metastasis & Treatment, states that each cell in your body is estimated to experience over 20,000 DNA damaging events each day, which are normally repaired by specific DNA pathways. Cells that can’t be repaired or that have mutated to unhealthy levels need to be destroyed.

Your body has a team in place designed to recognize and kill unhealthy cells. Called the tumor immunosurveillance system, it scans for and eradicates mutated cells. To get around the surveillance team unhealthy cells can change their own characteristics and those of some of their neighbors. They can even trick normal immune cells into helping shield them from attack.

According to the American Cancer Society the main types of immunotherapy now being used to treat cancer include:

·  Monoclonal antibodies: These are man-made versions of immune system proteins. Antibodies can be very useful in treating cancer because they can be designed to attack a very specific part of a cancer cell.

·  Immune checkpoint inhibitors: These drugs basically take the ‘brakes’ off the immune system, which helps it recognize and attack cancer cells.

·  Cancer vaccines: Vaccines are substances put into the body to start an immune response against certain diseases. We usually think of them as being given to healthy people to help prevent infections. But some vaccines can help prevent or treat cancer.

I took all my research to Tom and told him what I knew about this drug, how it worked and the possible side effects. The studies were promising, which is why it got fast tracked through the FDA, but it also had a limited number of studies and the long-term effects aren’t yet known. But it more than tripled the length of time a patient goes without disease progression.

The most common side effects weren’t serious and the other, more serious side effects occur less often. These drugs work by basically removing the brakes on the body’s immune system. Sometimes the immune system starts attacking other parts of the body, which can cause problems in the lungs, intestines, liver, hormone-making glands, kidneys, or other organs.

The dosing instructions were hard for him to hear. An IV every two weeks for a year. The infusion only takes an hour but doing it for an entire year seems daunting.

Time is of the essence in making his decision so Tom talks with the oncologist by phone. His face remains neutral as he asks the doctor questions and listens to the answers. The doctor says that we need to start treatment right away because Tom is already past the recommended time after chemo when the drug should be started.

Tom decides to sleep on it.

He got up the next morning and went about his normal routine. It was hard, but I didn’t ask. After exercising he went to his studio to work. It was lunch time when he came through my office door again and sat down in the chair across from me.

“I’ve decided to do it,” he said calmly. He had spent the morning checking in with his body and the energy he felt around this new treatment. This was the right choice for him.